What are people saying?

"People who hadn't read this stuff before are getting a great introduction."

"Thanks for sending, excited to read it!"

"Good story! Thanks for sending these."

"I look forward to checking my emails for it now."

Don’t miss out on the fun. Join now.

Remember those awful novels and short stories you were forced to read in high school English class?

The depressing ones that made you hate reading?

How about the current crop of novels that you’re supposed to read to appear cultured and literate? The ones that drag you through sewage and make you feel guilty for being alive?

Yeah, forget that. This is nothing like that dreck.

Remember those stories that kept you up late?

You remember: up late, flashlight under the covers, eyes glued to your book.

Feeling excited to turn the page, to find out what happened to the hero.

Maybe it didn’t always go well, but no matter what happened, the heroes fought for what was right, even if they did have to break the rules sometimes.

These classic pulp stories can keep you up late too.

What the heck is “Pulp”? Wasn’t that a Quentin Tarantino movie?

Well yes, but I mean something very different.

In the early 20th century, a certain type of publisher printed short fiction magazines and novels on the cheapest paper available, known as “pulp”. 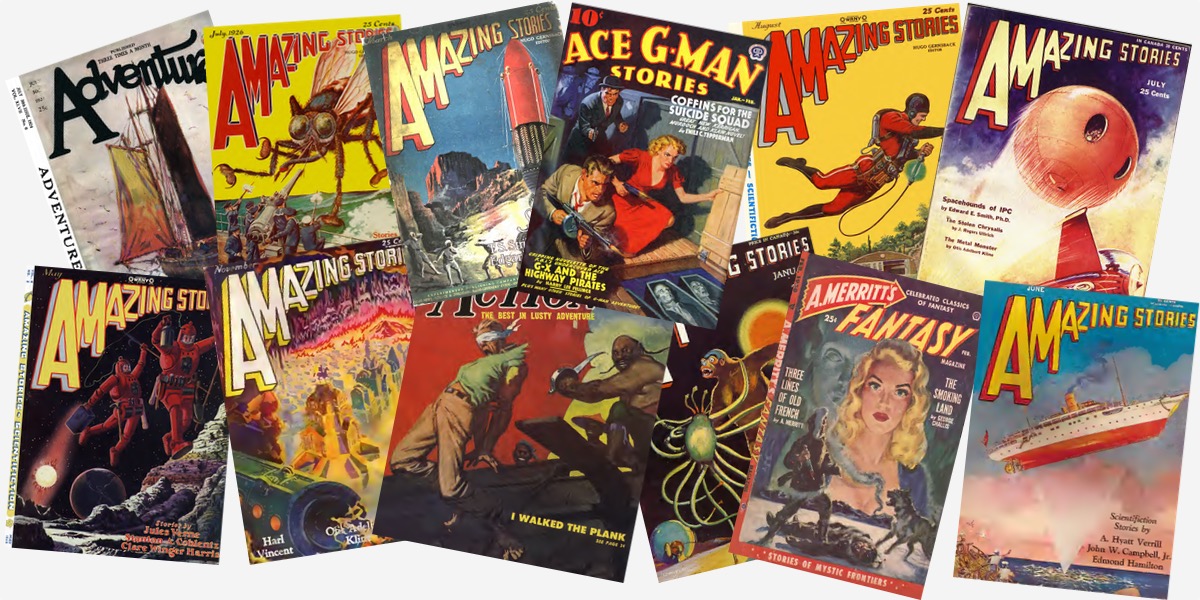 The people loved the pulps.

The critics hated them.

It wasn’t good literature! they complained.

The gatekeepers got their way, eventually.

With pressure from the powers of New York publishing, the pulp magazines closed or consolidated. Some were subverted by new Establishment editors like John W. Campbell, eager to earn respect from the critics.

Slowly, the two-fisted space operas of E. E. “Doc” Smith and the sword-and-sorcery tales of Robert E. Howard gave way to the slow and staid think-pieces of Isaac Asimov and Arthur C. Clarke.

The genre-bending creativity of the pulps subsided. It was the winter of fantasy and horror. Narrow science fiction emerged to rule a shrinking fandom.

Good stories still got published, but some of the verve was lost in the pursuit of literary rectitude.

As the old pulp magazines disappeared, the old pulp novels and fix-ups were relegated to the backlists and critical scorn.

Then, in 1979, an obscure court ruling (Thor Power Tool v. Commissioner of Internal Revenue) forced publishers to destroy their backlists. For tax purposes.

The pulps were literally pulped. They faded into oblivion, entirely forgotten by the succeeding generations.

Some of the best stories published in the 20th century are now in the public domain, given new life by volunteer efforts like the Internet Archive and the Gutenberg Project.

Now anybody, with some effort, can go find old pulp stories and read them again.

Or you can join the Pulp Classics Reading Club and let me do the work for you.

Every week I select a new story, format it nicely, and send it out to the club.

You want an example? Sure.
Read The Golgotha Dancers right over here.
It’s short. I’ll wait.

Have you read the pulp fiction classics?

If you haven’t, you’re missing out.

The pulps are being revived.

It’s time to catch up on your reading.